There are all kinds of Silhouette creators who use Silhouette products for a number of projects. This Silhouette Spotlight features Calen Saddler, creator of Envious Mods. He uses the Silhouette CAMEO® and the Silhouette Curio™ to help with what is called case modding. Case modding is the process of modifying computer and game console cases in a unique way to make the cases more stylish.

Calen is from Oregon and comes from a long line of craftsmen. “I’ve always had an interest in building and making things. Car customization also played a big role in my life early on. I quickly became interested in anything that had to do with customization or DIY.”

Calen had a very unique introduction into case modding. When he was recovering in the intensive care unit from a severe brain injury, he was looking at photos on the internet. “I came across a photo of a piano that someone modified to fit a whole computer inside it. Since then, I haven’t been able to get case modding out of my head. It played a large role in my recovery from my brain injury. I focused on getting better so that I could build the designs that I had been thinking of. I haven’t looked back since then, and I have loved every minute of it.” 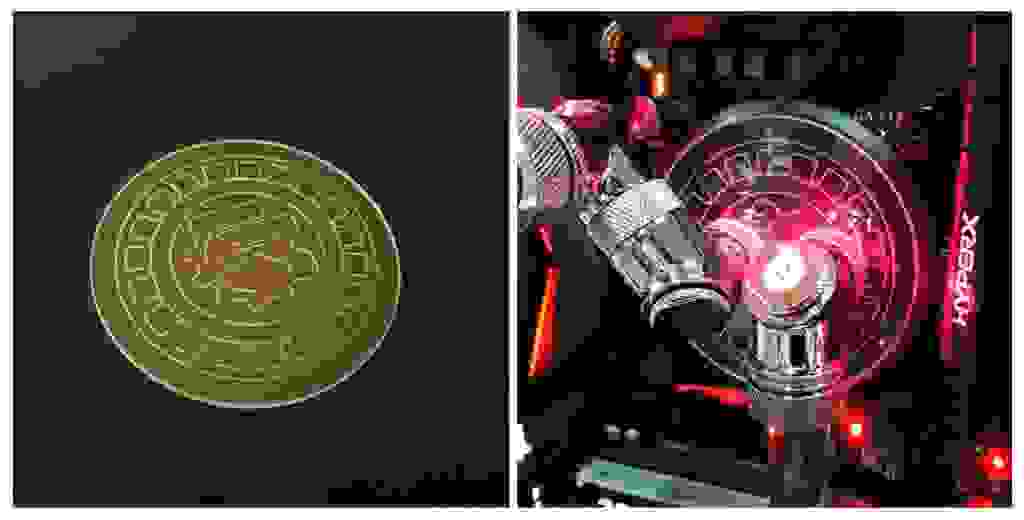 Calen recently purchased the Silhouette Curio™. “I’m starting to learn all of the different things that Curio can do.” He also explains that Curio and the CAMEO are great to use together. “The number of things they can be used for is staggering.” With Curio, the first thing he was able to customize was a piece of acrylic, which is a sheet of plastic that can vary in thickness, color, and opaqueness. “The etched acrylic really shines when it is lit up. Curio really helps take my PC mods to the next level.” 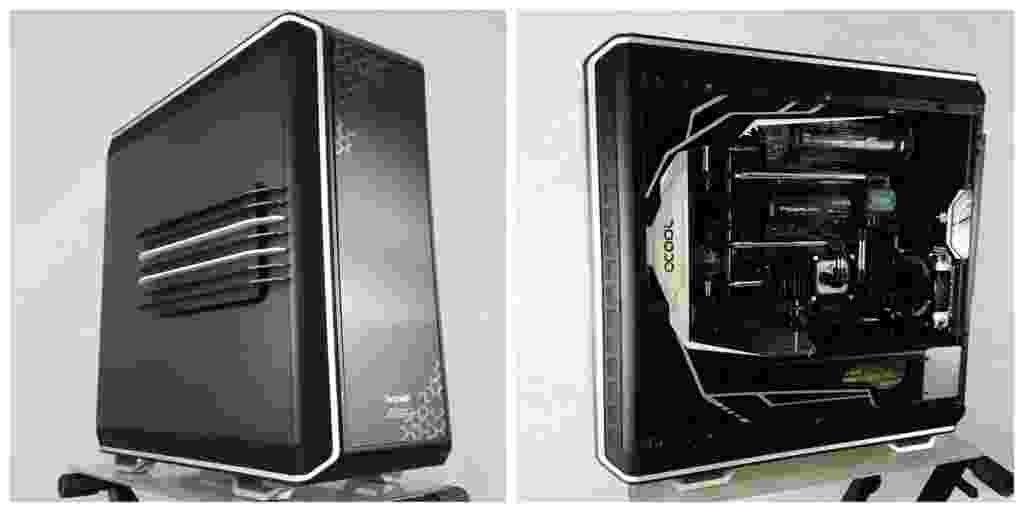 The picture above is of a case mod that has a lot of really fine details that make it look modern, clean, and minimalistic. “It looks fairly simple, but it took a lot of work. I worked for almost a year to make it look this way.” Calen used the CAMEO to make the honeycomb pattern and the silver details.

How Calen Uses the CAMEO 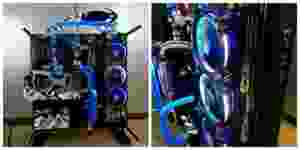 Calen uses a lot of acrylic sheets, but he learned that he could use vinyl to make a template to help him cut out the acrylic by hand. “When I’m making very detailed pieces out of acrylic, I will start with a computer-aided design. That design goes into the Silhouette Studio® software so that I can cut the design out to scale using vinyl. I can take that vinyl and place it on an acrylic sheet to make a perfect template. That saves me a lot of time and helps me produce a much better product.” 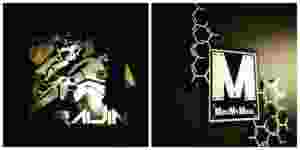 For one of Calen’s favorite designs, featured on the right side above, he started by using the CAMEO. He inserted the Sketch Pens and created a template to cut out an acrylic piece, and then he cut out vinyl to match the acrylic. On the left side, Calen made a custom piece inspired by his favorite video game character.

Calen goes on to explain that Silhouette products work correctly the first time, and that is very important to him as a professional PC modder. “Time is my most valuable commodity, and Silhouette’s products save me a lot of it. I’m very picky with my equipment, but Silhouette products pass with flying colors.” He also says that Silhouette’s customer service plays a big role in his ability to create things. “Anytime I’ve ever had a question or I haven’t been sure about what to do, Silhouette has come to the rescue and has pointed me in the right direction.”